Having a timestamp next to each webhook log would make debugging easier.
When testing webhooks we'd like to keep track of when a webhook is being sent because at the moment its hard to keep track of which webhook coorosponds to a particular action.
E.G
If I had a webhook that would trigger when a release is created & edited/deleted and I create a new release and added a document to that release it will send 2 webhooks.

It would make it easier to with debugging because we could keep track of each webhook when coming back to them.

Thanks for reaching out,

I'm not sure I completely understood this request.

Do you mean that you want to add a timestamp of the webhook event in the payload? How would this be useful? Can you please explain your use case?

Looking forward to your reply,
Best

Hi Fares.
Sorry If i wasn't very clear.
What I mean is it would be nice to have a timestamp as an extra column in the webhook section of prismic.io against each log.

This would make debugging clearer. Reason for this is because when multiple webhook requests are being sent in short period of time it can get confusing to keep track of each request log and also when there is a large time gap between request. I.E one webhook was sent at 12AM and another webhook was sent at 1PM, it would make it easier to distinguish between old and new request instead of click through each log and checking the data to see which request is the latest.

In terms of which request we would need a timestamp for I am unsure on which one would be most useful to log. I.E If a webhook request is attempted 3 times, would It be more useful to store the first attempt and last attempt or just the first or last attempt. I guess this would be a decision for yourself of the development team 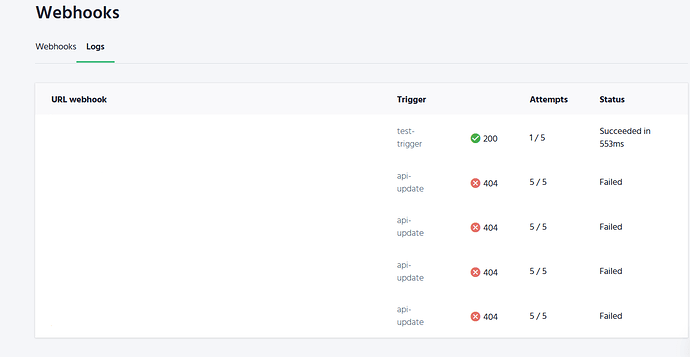 I hope this was more useful

Hi @ethan.d, Thanks for the clarification.
Well, I have added that to the feature request I have added before.